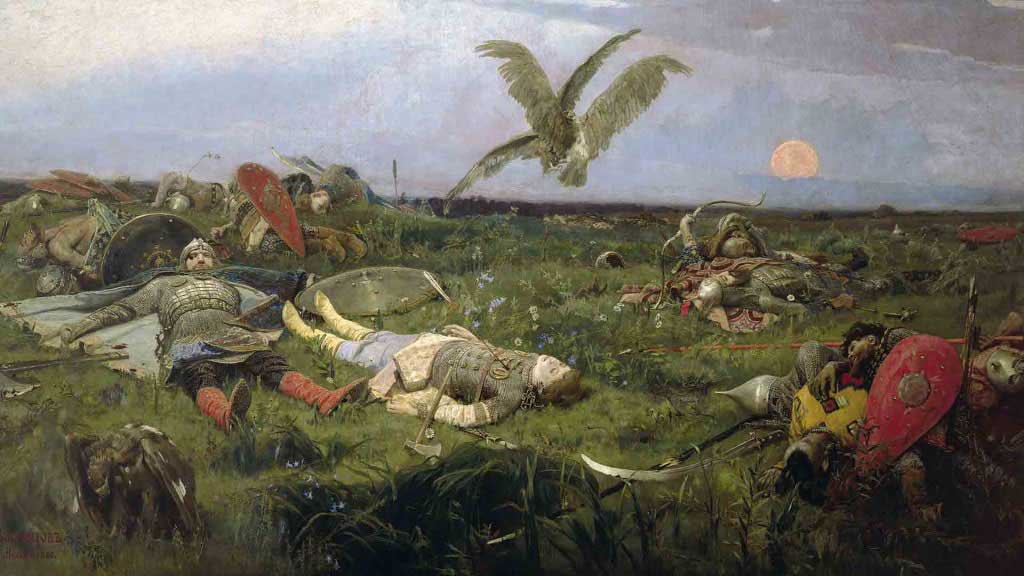 Background
The name Russia comes from the group of Varangians (Vikings) called the Rus. They  established a state around the Dnieper River trading route to the Greeks. Furs, slaves and wax were traded for Arabian silver and Byzantine luxury goods. The Varangian princes formed the ruling class, but they soon assimilated with the local Slavs and the Finns.

State and society
The state of Kievan Rus was a loose confederation of principalities whose leaders were at constant war for the supreme title Grand Prince of Kiev. Each prince was supported by a druzhina of loyal soldiers. The senior druzhinniks were named boyars and formed an advisory board called the Duma.

Exceptionally, the town of Novgorod was governed by a democratic assembly of merchants called Veche. The Veche was so powerful that they could name and depose Princes.

When Mongol Tatars conquered Russia, the capital had already shifted from Kiev to Vladimir. Princes retained their dominions if they paid tax to the Mongols. The title Grand Prince now shifted to the ruler of Moscow.

Culture
Russians were deeply influenced by Byzantine culture and the Orthodox faith. Mentality, customs and icons were adopted from Byzantium.