The Russian Revolution is the collective term for the two revolutions that took place in 1917 in Petrograd. The February Revolution overthrew the Tsar, and the October Revolution put the radical left-wing Bolsheviks in power.

The long-term causes of the revolution are buried deep in the fact that Russia was a socially and politically backward country. The greater part of the agrarian population was living in poverty, and the state authorities were seemingly indifferent to, or incapable of, solving the problem. The liberal members of the elite had no say in politics, and they were self-organizing in underground political parties. Thus, Russia’s autocracy was the medium term cause.

The short-term cause was, obviously, World War I, that Russia had eagerly entered, to fight for territory and prestige against Germany and Austria-Hungary. The war had catastrophic social and economic results, which became clearly evident by the beginning of 1917.

Shortage of food and work, inflation, and the mindless deaths of millions of conscripts, led to a spontaneous people’s revolt on the streets of Petrograd. They demanded an end to war, and shouted, “Down with the Autocracy!”

After Nicholas II’s abdication on 15 March 1917, [2 March, according to the Old Style (O.S.) Julian Calendar, used in Russia at that time] a completely new situation was created overnight. By giving up the throne, Tsar Nicholas II made all the Russian people suddenly free.

There was, of course, joy and freedom in the air, and nobody really knew who was supposed to take over from there. Literally, all means of government were equally possible for Russia at that moment.

It was decided that general elections would be held as soon as possible, and the elected constitutional body (Constituent Assembly) would then decide on which form of government would be best for Russia. Until then, power would temporarily be in the hands of the Provisional Government, formed by the Provisional Committee of the State Duma.

On 7 November 1917, (O.S. 25 October) a radical, left-wing communist branch of the socialist party, called the Bolsheviks, seized power and arrested the members of the Provisional Government. The overthrow was ratified the next day at the Second All-Russian Congress of Soviets. The new socialist government, led by Vladimir Ulyanov (Lenin), was called, “The Council of People’s Commissars.”

The February Revolution began, originally, as a peaceful Women’s Day demonstration on the streets of Petrograd that spontaneously grew into a general strike and mutiny. It burst out rather suddenly, and after just seven days, Tsar Nicholas II had abdicated.

By the beginning of 1917, the people of Petrograd had generally lost faith in tsardom, and their sovereign’s ability to handle the crisis. The price of bread had already multiplied over ten times. In February, further bread rationing was declared by the authorities.

On 8 March 1917, (O.S. 23 February) International Women’s Day demonstrations were held in Petrograd. Women came to the streets to protest against food shortage, and they were joined by the striking workers of the Putilov Company industrial plant.

People shouted, “Bread!” and, “Down with the war!” and refused to leave the streets. By the next day 200,000 protesters had marched on the streets, and by the 10 March, (O.S. 25 February) nearly all enterprises in Petrograd were shut down.

Tsar Nicholas II was out of town at the Mogilev garrison in Belarus. Chairman of the Duma, Mikhail Rodzianko, sent him a telegram: “Serious situation in the capital, where anarchy reigns. General discontent increasing. In the streets uninterrupted firing, and one part of the troops is firing the other…” Nicholas II did not even respond.

Having ignored the news from Petrograd for many days, the Tsar finally ordered the streets to be cleared by rifle fire. Many of the soldiers of the Petrograd army garrison sympathized with the public, and refused to shoot. Mutiny spread among soldiers who then joined the protesters. By the 12 March, the capital, Petrograd, was completely controlled by revolutionaries. All in all, about 1,300 people were killed in riots.

Once Nicholas II finally decided to return to Petrograd, his imperial train was not even allowed, by the revolutionaries, to enter the capital. The Tsar was cut off from the rest of the world in the middle of nowhere, and the Duma presented him with an ultimatum to resign.

Nine out of ten of the Tsar’s generals sent him telegrams in which they strongly recommended abdication. It is debated that the Duma, and the Russian military elite, might have made some sort of agreement, prior to these events, to convince the Tsar to step down.

On 15 March 1917, (O.S. 2 March) Nicholas II abdicated. He also did that in the name of his son Alexey. His brother, Grand Duke Mikhail Alexandrovich, also refused the throne. Three hundred and four years of the Romanov Dynasty had come to an end.

Between the February Revolution and the October Revolution, Russia was governed by two concurrent governments: The legitimate liberal Provisional Government, and the radical, left-wing Petrograd Soviet.

The Provisional Government was a temporary institution whose role was to arrange general elections and hold things together until the Constituent Assembly could be summoned. It had universal support during the first weeks, but that support waned very fast. That government has mostly been referred to as a failure.

The Provisional Government had little power and ability to solve the most urgent problems of peace, bread, and land, that Russia was facing in 1917. Russia was still completely tied to the war effort that swallowed an enormous part of its food supplies and resources.

During the February Revolution, workers and soldiers began forming their own local councils, called, “Soviets”, all around the country. These had real popular support as well as actual power over the army, railway network and factories.

The Petrograd Soviet came to be the most powerful, and acted as an alternative, competing government. To make matters even more difficult, it also began issuing its own decrees.

The Provisional Government was politically very unstable. The first coalition was dominated by the Kadets, (constitutional monarchists) and led by Prince Georgy Lvov. From July 1917 onwards, the Socialist (left-wing) coalition came down to the autocracy of just one man, Alexander Kerensky. He was much ridiculed, and named the “…persuader-in-chief.”

In August 1917, the monarchist general, Lavr Kornilov, tried to overthrow the Provisional Government. It is argued that Kerensky first conspired with Kornilov against the Petrograd Soviet, but then lost his nerve and gave arms to the Soviets (dominated by Bolsheviks at that time) to protect his own power in Petrograd against Kornilov. The Soviets put a halt to Kornilov successfully, but the event cost Kerensky his political career, and doomed the Provisional Government.

After declaring Russia a republic on 14 September 1917 (O.S. 1 September), Kerensky’s next cabinet was overthrown by the Bolsheviks just three weeks later.

The October Revolution was a coup d’etat orchestrated by Lenin and the Bolshevik party; a quiet takeover of power in Petrograd at night. It is said that power was literally lying on the ground, and Lenin just picked it up.

It was generally hoped, by the Central Powers in World War I, that Russia would be collapsed by revolution. That was also the hope of radical socialists (communists) in Russia, who believed in Karl Marx’s theory, that a socialist revolution of the working class would occur, but not before a bourgeois government had ruled for some time. The liberal February Revolution occurred sooner than expected, and put the liberal, “bourgeoisie,” government in place.

German secret police then collaborated with the radical socialist leader, Vladimir Lenin, to help him cross the frontier from Zürich to Petrograd in a sealed train so he could organize a socialist revolution. In April 1917, Lenin arrived and presented his April Thesis. He said that, regardless of Marx’s theory, the Bolshevik party must not cooperate with the Provisional Government. More, they needed to start preparing to take power by force instead.

The time was finally right by September 1917. Bolshevik members had gained majority in the Soviets, they had formed armed militias called the Red Guards, and the popularity of the Provisional Government was at a record low. Lenin then had a pivotal role in convincing the Bolshevik party to act immediately.

On 7 November 1917 (O.S. 25 October), as the citizens of Petrograd were dining in restaurants and enjoying the theater, Bolshevik armed groups were busy taking over key strategic points; the telegraph, army garrisons, the railway. It all went incredibly quietly. The whole operation was coordinated by Leon Trotsky and the Military Revolutionary Committee from their headquarters at Smolny.

The next morning the Winter Palace was taken over rather peacefully. The battleship Aurora fired a few blank shots, and members of the Provisional Government were arrested. Kerensky managed to escape.

Lenin rushed to complete the coup before the next Soviet Congress that was scheduled to take place the next day.

The Mensheviks and Socialist-Revolutionaries, who were the other two political parties in the Petrograd Soviet, said they wanted nothing to do with the unlawful siege of power.

To Lenin’s’ surprise, they walked away from the Congress leaving the Bolsheviks to form the new government alone.

The Russian Civil War, that followed the Bolshevik coup, caused more casualties than World War I. It was the bloodiest military conflict ever to take place on Russian soil. The extremely brutal, “Red Terror,” was opposed to the equally ruthless, “White Terror”.

One of the first steps for the Bolsheviks, after seizing power, was to get out of World War I. In March 1918, the Brest-Litovsk Peace Treaty with Germany, and other Central Powers, was signed. As a result, Ukraine, Finland, the Baltic states, and Poland, were ceded.

Many anti-Bolshevik generals and Cossacks started gathering armies. This militarization was called the, “White Movement.” They were confronted by the Red Army, a newly established force, led by Leon Trotsky.

When World War I came to an end, Russia’s former allies, especially Great Britain, France and Japan, joined forces to finish the Bolshevik power. All together about 200,000 foreign troops were brought to Russia.

The commander-in-chief of the Whites in Siberia was Admiral Alexander Kolchak. Commanders Anton Denikin and Pyotr Wrangel attacked from the south.

In October 1919, General Nikolay Yudenich tried to capture Petrograd, but the attack was stopped only 50 km from the city.

The lowest point for the Reds was June-October 1919, when 86% of the territory was in the hands of the Whites. The Reds were in charge of the industrial heartland, though, and the unorganized and fragmentized Whites were unable to break through. The Allies slowly pulled back their forces in November 1920. By 1922 – 23 all of Russia fell under communist power.

Total casualties of the Russian Civil War are estimated at 9.5 million people. They died on the battlefield, of disease, of War-Communism, (which included confiscation of food at gunpoint), hunger, and other acts of terror. 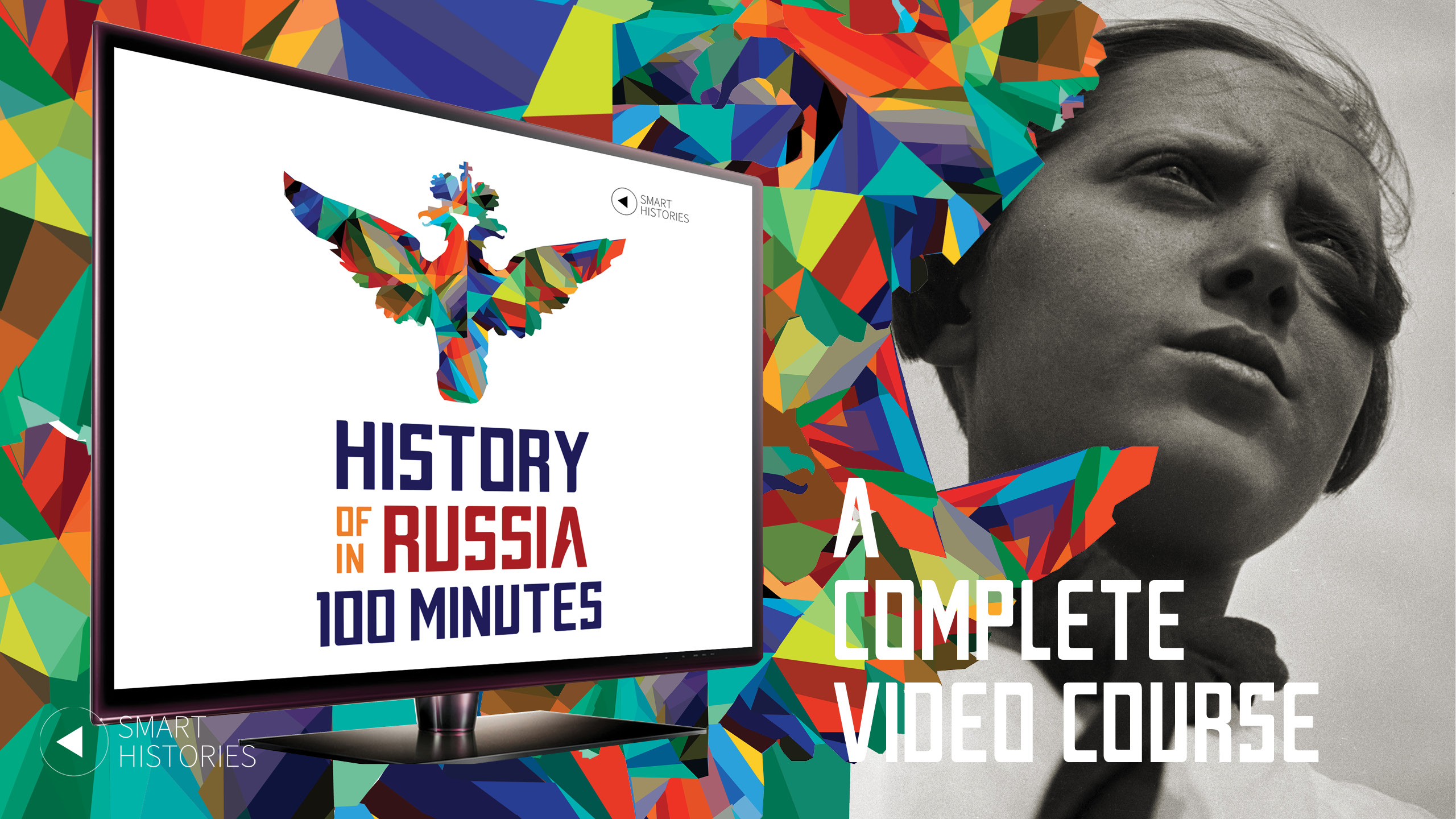