The first state-like formations, in the present-day territory of Russia, emerged around Novgorod and Kiev in the 9th century. Russia was then dominated by Vikings. After 250 years of Mongol supremacy, from the 13th century, Moscow became the most important power base in Russia. It was from Moscow that Ivan the Great ruled with a firm hand.

The name Russia comes from the group of Varangians (Vikings), called the, “Rus”. They established a state, in the middle of the 9th century in Northern Russia, around the important trade center of Novgorod. About twenty years later, their power base shifted to the Dnieper River trade route to the Greeks, where their capital Kiev was thriving. Thereafter, the state was called, “Kievan Rus”. Mostly furs, slaves, and wax, were traded for Arabian silver, as well as Byzantine luxury goods.

The Varangian princes formed the ruling class, but they soon assimilated with the local Slavs and the Finns.

The state of Kievan Rus was a loose confederation of principalities whose leaders were princes (Knyaz). They were constantly in dispute over the supreme title, Grand Prince of Kiev (Veliky Knyaz).

Each prince was supported by a retinue (druzhina) of loyal soldiers (druzhinniks). The senior members of this fellowship were called, “boyars,” and they formed an advisory board called the, “Duma”.

Unusually, the towns of Novgorod and Pskov were governed by a wide assembly of merchants called “Veche”. The Veche was so powerful, it could name, and depose, princes.

When the Mongols conquered Russia, the most important center was not Kiev, but Vladimir, whose prince was superior to others and named himself the Grand Prince. Under the Mongol rule, princes retained their dominions but were obliged to pay tax to the Mongols. The title, “Grand Prince,” thereafter shifted to the ruler of Moscow.

Russians were deeply influenced by Byzantine culture and the Orthodox faith. Mentality, customs and art, were all adopted from Byzantium.

The first forerunner of a state, which was in the territories of East Slavs, was named, “Rus,” and was established by the Viking clan called the, “Rus,” in the 9th century. Rich culture, and prosperous trade with the Byzantine Empire, made it the dominant ruler of, what is today, Western Russia.

Life in Rus was focused around its long rivers. The Dnieper, Don, Volga, and Volkhov rivers were the trading routes that connected Scandinavia with Constantinople and Baghdad. The Varangians established control over these territories. They came to rule the Slavs, and gradually mixed with them.

A legend, written in the Primary Chronicle, says that in the middle of the 9th century, Slavic and Finno-Ugric tribes of Northern Russia tired of fighting each other and invited the Varangians to rule over them. In 862, the Varangian, Prince Rurik, established the, “Rurik Dynasty,” in Novgorod that ruled over Russia for 700 years. Rurik’s successor, Oleg, founded the Kievan Rus state in 882 by connecting Novgorod with Kiev, and making the latter his new capital.

The following rulers, Igor I, his widow, Olga, and son, Svyatoslav I, extended their dominance in what is now Southern Russia, fighting Byzantium, Pechenegs, and Polovtsy.

In 988, Vladimir I, looking for a way to spiritually unify his people, adopted the Orthodox faith from Byzantium.

The reign of Yaroslav the Wise, in the first half of the 11th century, was the highlight of Kievan power. Yaroslav enlarged the state, built fortifications, introduced a code of law, and promoted culture.

The fragmentation of the Kievan state, which followed, was only temporarily halted by Vladimir II (Vladimir Monomakh) at the beginning of the 12th century. After the rule of Yuri Dolgorukiy, in the later part of the 12th century, the importance of Kiev declined. His son, Andrey Bogolyubsky, raided Kiev. Thereafter, the Vladimir-Suzdal principality, and the Novgorod Republic, became the most important states in Russian territory.

Mongols were the biggest threat to the Christian world in the 13th century. They established the largest continental empire of all time. Most of Western Russia was under Mongol rule for 250 years.

In the 13th century, a new and powerful enemy attacked from the east. The Mongols were a Central Asian nomadic people who had already subdued many powerful states in Asia. Their ruler was Genghis Khan.

Russians first faced them at the 1223 Battle of Kalka. They helped the Polovtsy fight the Mongols, but lost miserably.

In 1237 the invasion began under Batu Khan. Whole cities were destroyed and entire populations decapitated. In just three years the Mongols crushed the resistance of the princes of the Rus, one by one. Only Novgorod and Galicia were spared.

The Mongols sacked and destroyed Kiev in 1240, and then moved ahead to the west. The Mongols established the biggest continental empire the world has ever seen, stretching from the Pacific Ocean to Eastern Europe. Under the command of Batu Khan, they were on their way to conquer the rest of Europe. Instead, they suddenly decided to return home, because of the death of the Great Khan in 1241. In later years, the Mongols divided their vast empire into smaller states. Most of them were called Hordes.

The princes had to get their certificate of power (yarlyk) from Sarai, the capital of the Khan. This rule kept the princes in a state of constant rivalry over power.

The most successful prince in the power struggle, was Alexander Nevsky of Novgorod, who later became the Grand Prince. He attained power by collaborating with the Mongols. Alexander Nevsky holds a special place for many Russian historians as the mythical savior of Russia from Westerners: Swedes and German Teutonic knights. He beat them in two decisive battles. The Swedes were pushed back at the Battle of Neva in 1240, and the German knights were defeated at the Battle on the Ice in 1242.

In the ongoing power struggle, the Moscow princes were the smartest in dealing with the Mongol conquerors. Their Grand Duchy of Moscow gradually annexed all neighboring principalities, and became the heart of the state that later came to be known as Russia.

By the 1200’s, the biggest cities of Rus were Kiev, Novgorod, Vladimir, Tver, Ryazan, and Rostov. Moscow was of no significance until the 14th century. It had been established by Yuri Dolgorukiy, in 1147, in the middle of thick woods.

In 1283, the Grand Duchy of Moscow was founded by Prince Daniel. The state was also known as the, “Grand Principality of Moscow,” or simply, “Muscovy”. The Moscow princes, who at first still preferred to name themselves Grand Princes of Vladimir, learned to please the Mongol khans, and earned special privileges at the expense of other principalities.

Ivan I (Ivan Kalita), was good at collecting all the tax money from fellow princes and giving it to the Mongols. They in return recognized him as the Grand Prince of Moscow, superior to all other princes.

Moscow’s importance grew even more when the Russian Metropolitan (head of the church) moved his residence from Vladimir to Moscow. The Grand Duchy of Moscow gradually absorbed all the neighboring lands, and became the central power in, what is now, Western Russia.

Victory over the Mongols

In 1380, Prince Dmitry Donskoy felt he was strong enough to oppose the Mongols on a battlefield. He beat the Mongol army in the 1380 Battle of Kulikovo. Two years later, however, the Mongol Khan, Tokhtamysh, conquered Moscow again and re-established his rule over it.

Thus, the end of Mongol rule was not a single event, but rather a very long process. It took another hundred years for the rulers of Moscow to rid themselves of the Mongol yoke for good.

Ivan III (Ivan the Great), was the “… gatherer of Russian lands.” He brought the individual principalities of Rurikid princes under the direct rule of Moscow, and tripled the size of his territory. Ivan the Great laid the foundations of what later became known as the Russian state.

In 1476, Ivan refused to pay tribute to the Golden Horde, and famously tore the Mongol Khan’s letter to pieces. His and the Khan’s armies met on opposite sides of the Ugra River in 1480. Neither side wanted to attack first, and, after several weeks, the Khan went home. That was the end of Mongol rule over Moscow. The Golden Horde itself disintegrated, and the Khanate of Kazan became Ivan’s vassal.

Medieval Novgorod was an enormous wealthy state connected with the Western European trade network through the Hanseatic League. In 1478, Ivan the Great sent his army to over-run Novgorod. He destroyed the Veche, killed a large number of its inhabitants, deported families, and tied it to Moscow.

In 1497, Ivan imposed a code of laws called the, Sudebnik, that tied peasants more to their land. It has been interpreted as one of the first steps in the process of turning Russian peasants into serfs a hundred years later.

In 1453, the Byzantine Empire fell to the Muslim Turks. Ivan the Great married Sophia Palaiologina, the niece of the last Byzantine Emperor, Constantine XI. She brought Byzantine cultural influences to Ivan’s court.

Ivan the Great’s court looked towards the Byzantine splendor, and saw themselves as the successors of the heritage of Byzantium. Ivan’s descendants took the idea even further with the theory of the Third Rome (the Roman Empire being the first, Byzantium the second, and Russia, the third and last).

Ivan the Great also adopted the imperial two-headed eagle as his emblem, and he sometimes named himself the, “Tsar,” (derived from the Latin title Caesar). He invited top architects from Southeastern Europe to turn Moscow into an imperial capital. Among others, Aristotele Fiorovanti reconstructed the Moscow Kremlin, the Dormition Cathedral, and the Annunciation Cathedral. 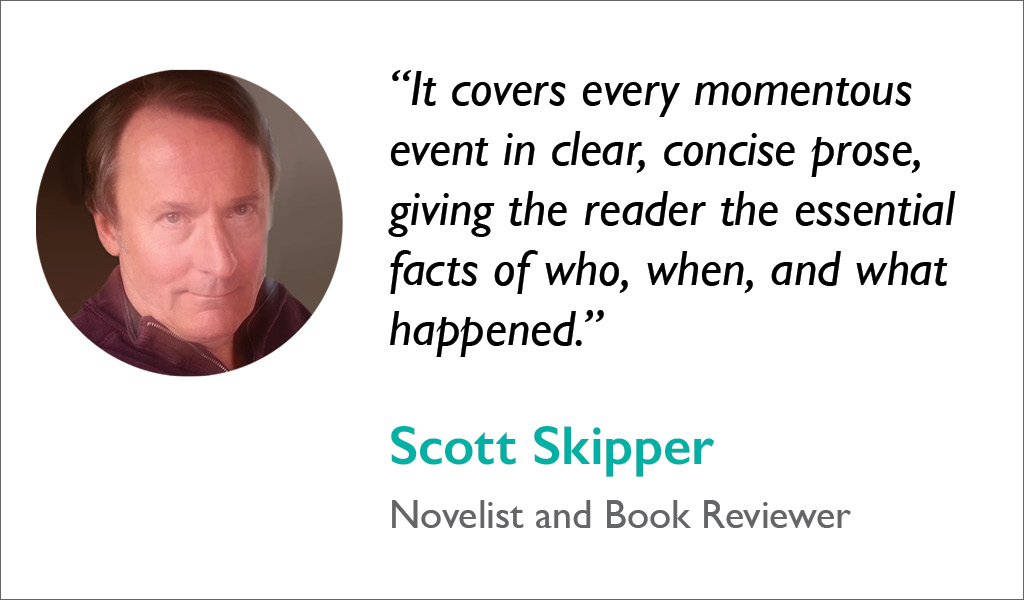 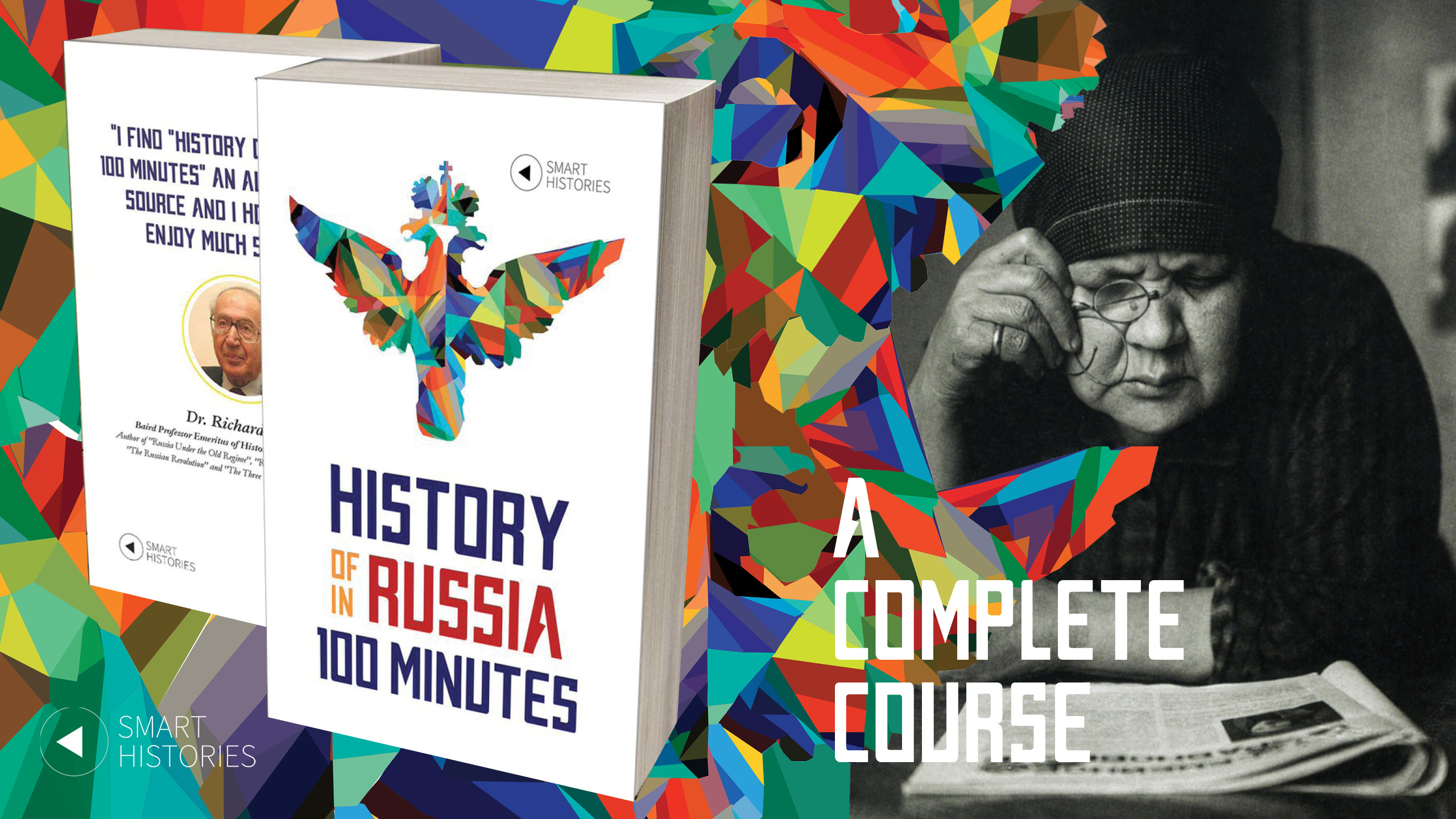