The reign of Nicholas II was a chain of disasters and miscalculations that took the country closer to an inevitable revolution and to the end of autocratic power in Russia. 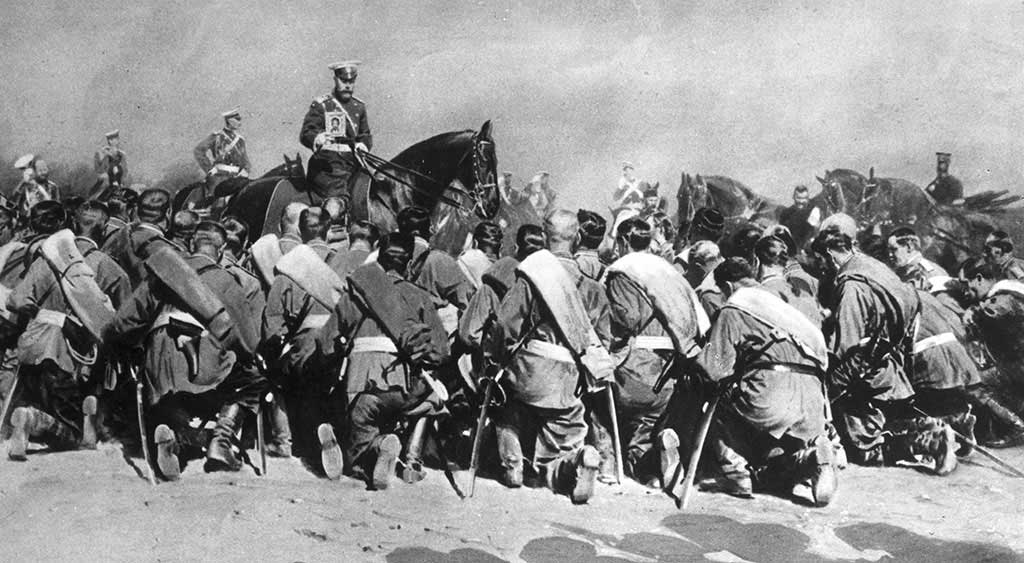 Background
The final tsar Nicholas II sincerely believed in the divine right to govern and had no intention to allow the introduction of a constitution or make any liberal reforms.

He had a tendency to take bad advice from the likes of his wife Alexandra Fyodorovna and the monk Rasputin.

Events
The 1904 Russo-Japanese War was expected to be a short, triumphant campaign but turned out to be a disastrous defeat, a reason for international shame and the cause for the loss of the entire imperial fleet.

The Revolution of 1905 began when the tsar’s armed troops opened fire on a peaceful crowd of people. The event is known as Bloody Sunday.

Bloody Sunday resulted in a wave of strikes and mutiny, and Nicholas was persuaded to grant people their basic civil rights. The document was known as the October Manifesto of 1905.

Abdication
The catastrophic results of World War I brought about the February Revolution, and Nicholas II was forced to abdicate in favour of the Provisional Government.