Pugachev’s Rebellion was the largest popular uprising against central power in Russia before the 20th century. It affected various social groups and made Catherine the Great seriously fear for her power. 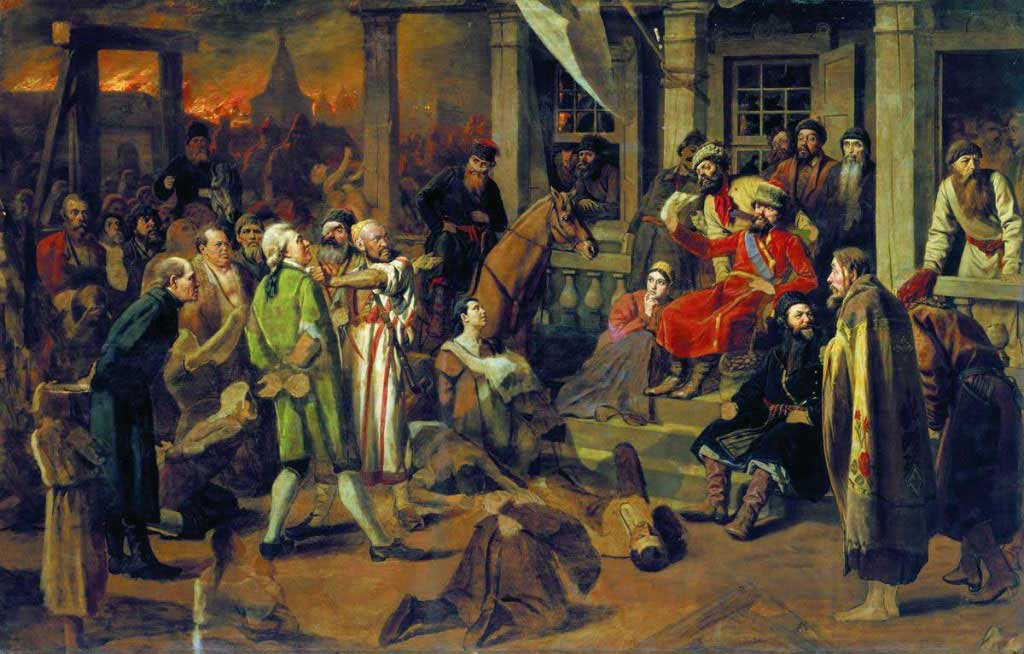 Background
The rebellion of the Yaik Cossacks near the Ural River was one among many smaller uprisings. In 1772, the Don Cossack Yemelyan Pugachev emerged in that area.

Pugachev’s Rebellion
Pugachev stated he was Emperor Peter III, who had not in fact been killed. By 1773 he had behind him an army of 25,000 – peasants, convicts, Cossacks and representatives of Bashkirs, Kalmyks and Tatars.

They conquered Saratov that was a power-base for the imperial army, by 1774 also Orenburg was taken.

Potemkin’s army temporarily defeated Pugachev near Kazan in 1774, but soon another peasant uprising broke out near Nizhni Novgorod, close to Moscow, that made people in Moscow very fearful.

After the forces, who had been fighting in Turkey, were brought back to defend Moscow, the tables finally turned. In September 1774 the peasant army was defeated near Tsaritsyn. Pugachev was betrayed by fellow Cossacks, who handed him over.

Aftermath
Yemelyan Pugachev was brought to Moscow by Alexander Suvorov in a cage. He was beheaded and quartered in 1775. This also marked the end of the myth of Catherine the Great’s humanism.