He is the second of the three impostors who claimed the Russian throne in the Time of Troubles. He was only partially recognized and finally murdered before he could complete the siege of Moscow. 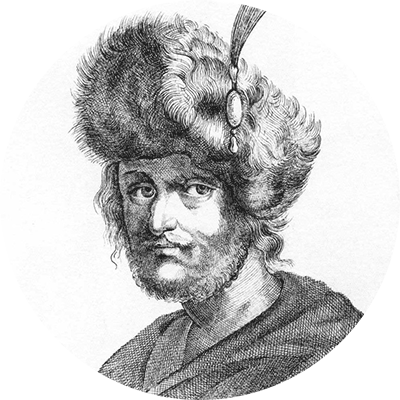 Background
Lived: 1582-1610.
False Dmitry II first appeared in 1607. He is believed to have been a converted Jew or priest’s son. He was quite well-educated.

Rebel of Tushino
Dmitry claimed to be the miraculously saved (False) Dmitry that had fled from his murderers a year earlier. The nobles of Poland and Lithuania were also ready to support him as well.

False Dmitry II managed to gather an army of 100,000 men, including many Cossacks and Poles, and set out to attack Moscow. They set up camp at the village of Tushino, where he was opposed by a joint Russo-Swedish army led by Mikhail Skopin-Shuisky and Jacob de la Gardie.

Death
False Dmitry II was unexpectedly murdered while he was drunk during an incident involving a minor Tatar princeling named Peter Urusov. He was also known as the “Rebel of Tushino”.